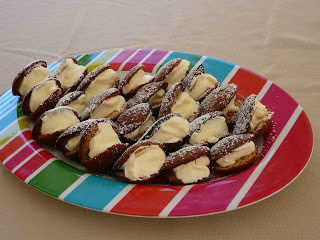 If you want to avoid cream, fill these with jam instead. The cinnamon ‘oyster’ is not very sweet.